Nature, mental health, and the problem with social media

I’ve been thinking about the outdoors and mental health lately. You’ve probably already heard that spending time in nature can help with mental health problems including anxiety and depression. In Scotland GPs have even started prescribing “nature prescriptions” to people suffering from a range of conditions, including mental illness. 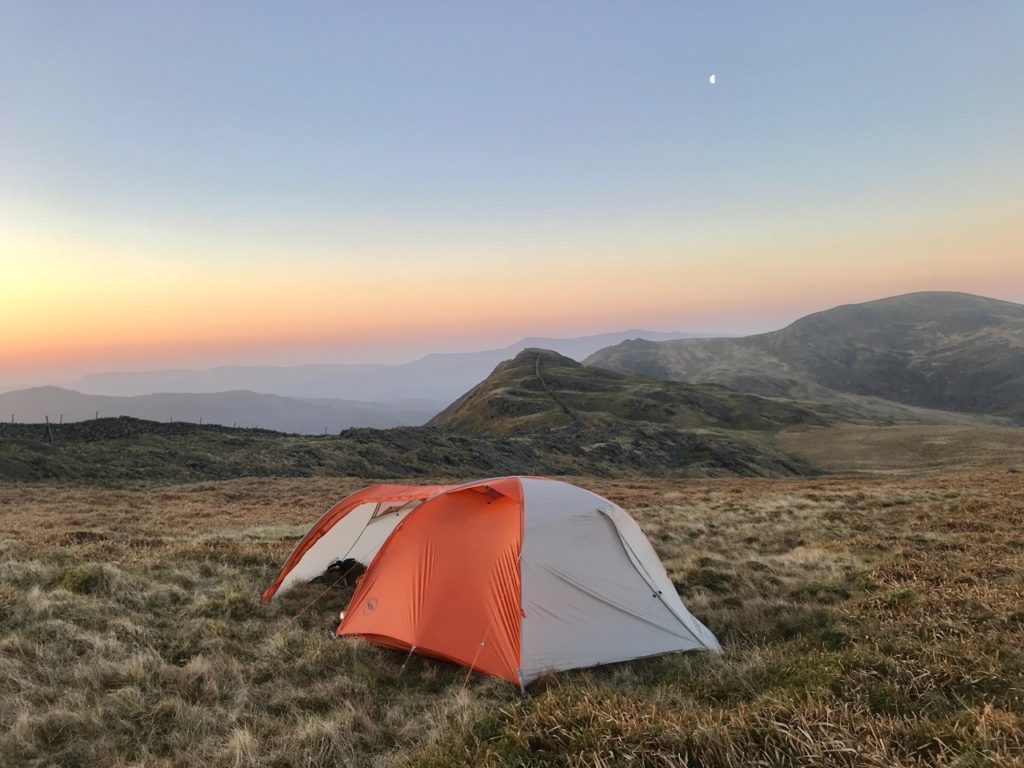 It makes sense – I’m sure we all have anecdotal evidence of feeling better after a long walk or a wild camp spent in solitude. These things are inherently therapeutic. But I find that social media presents a catch-22 with all of this. Most of us regular folks have jobs, families, lives that make it difficult to have epic adventures, so we seek them out on the internet in order to live vicariously through others. But the result isn’t necessarily positive; it can seem like everyone out there but you is having an amazing adventure, all the time, and often looking ridiculously beautiful while doing it. It’s not surprising that in a 2017 study by the Royal Society for Public Health, Instagram was rated as the worst social media platform when it comes to its impact on young people’s mental health. I probably don’t qualify as a “young person” anymore (if we’re going by the traditional calendar system of measuring time!) but I definitely catch my brain going to the dark side from time to time, telling myself artificial stories that can unhelpfully portray my existence as somehow “less” than others.
I’ve learned a lot about managing those stories through my other work  (the digital marketing stuff I do to pay the bills while I make ESW a colossal monetary success!) with Mindset Rx’d (follow @mindsetrxd and @tomfoxley for ALL the #braingains).
One of the things I’ve learned is to pay close attention to my “wins”. Those wins don’t have to be epic. Often times the little choices count for the biggest victories. And isn’t that how it should be? Shouldn’t most of life be about all those little choices, designed (in an ideal situation) to drive us towards the person we want to be? Of course, it’s not always that easy (especially when we have an internet full of comparison points to draw on), but that’s why those “wins” are so important. 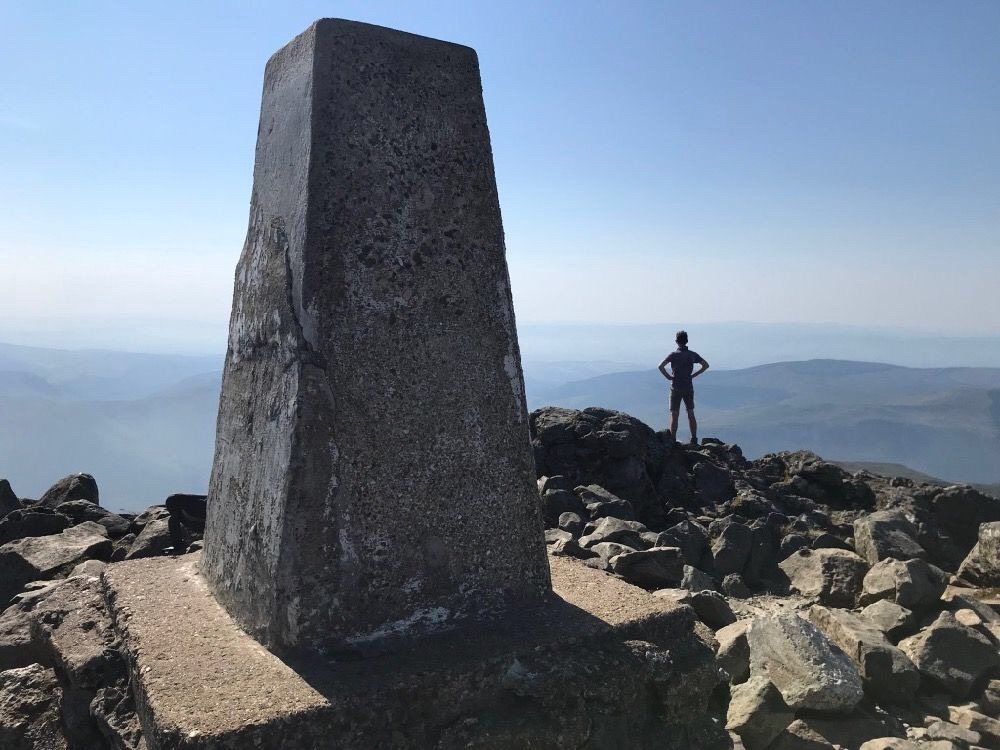 Back to reality, it’s been a particularly trying week here at #ESWHQ, with a lot of deadlines, a few personal challenges, and plenty of things to make me a stress ball and lament that I’m not sleeping in a tent nearly as much as I’d like. So I’m taking a moment to appreciate the little victories, stuff I’ve done to make sure I don’t lose sight of the things that makes me tick (fresh air, good food, exploration, almost anything in the outdoors). 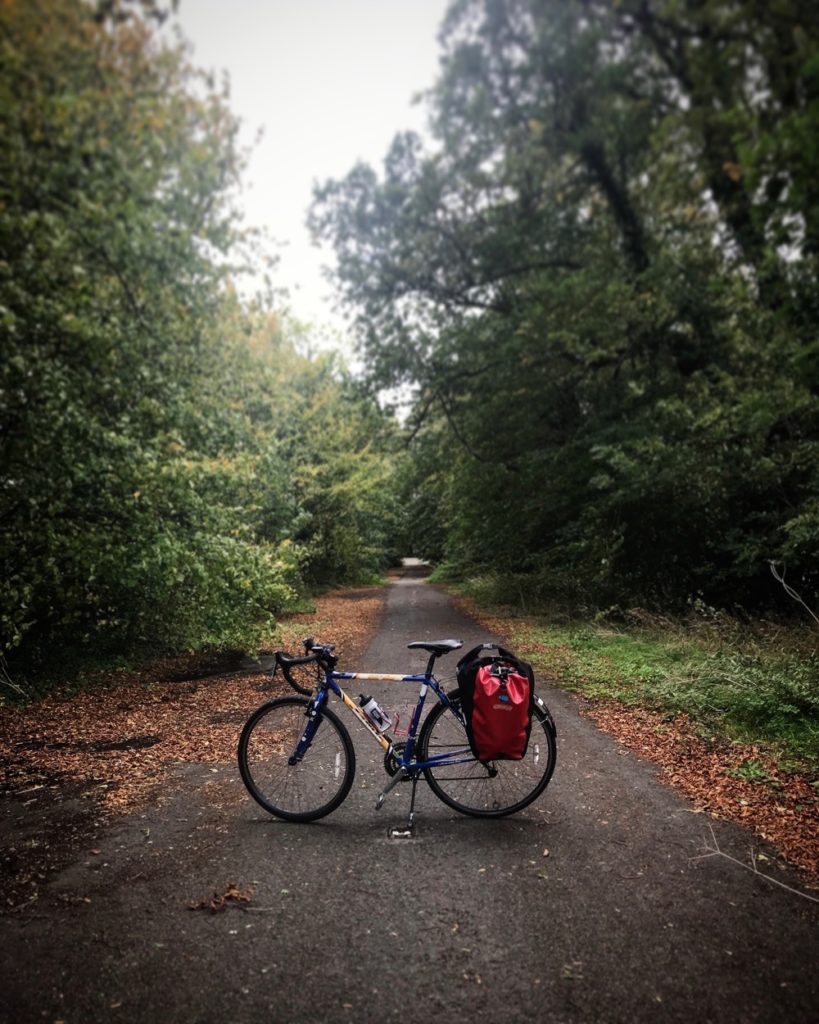 Here’s a big victory. Behold: my bicycle! Years ago when I lived in London I rode my bicycle everywhere, rarely taking the tube or bus. But when I moved to the countryside I became reliant on my car, which seems strange to me as it’s far more pleasant to cycle in the Cotswolds than through congested London!
So over the last couple of years I’ve re-cultivated a habit of cycling for almost all of my local trips (which typically involves a one hour round trip journey to Cirencester for CrossFit and/or groceries).  It’s now a bit of an obsession and a ritual that I cling to for my sanity! There are the obvious benefits: I save money on fuel, it’s better for the environment, I get to be outside, and the extra exercise means I can enjoy greater quantities of delicious food! But what I really dig is that satisfying feeling of getting around on my own steam (kind of like when I’m backpacking?).


I don’t really go out for recreational rides – I almost always have a mission. It’s empowering. It also reminds me that getting out in nature doesn’t have to mean going up a mountain. We can reap the mental health benefits of the outdoors without taking hours and days to trek into total wilderness. There are opportunities all around us to connect with nature, even in urban environments. And it doesn’t have to take a lot of time. Cycling is just one dimension of this that I’ve discovered (I’ll cover some more in a separate post!).
If I’ve been out on my bicycle on a particular day, that action always goes at the top of my list of “wins”. When everything else is crap, if I’ve been on my bicycle, I know I’m doing OK. I’ve allowed myself a nature fix, a mental health boost, a dose of fresh air. And if it’s been a tough day, then I’ve done a little thing to keep me from going to the dark side.
To conclude:

Any thoughts on nature and mental health? Does social media ever irk you? Any simple suggestions for connecting with nature? I’d love to hear your thoughts – feel free to leave a comment or hit me up on Twitter, Instagram, or Facebook.