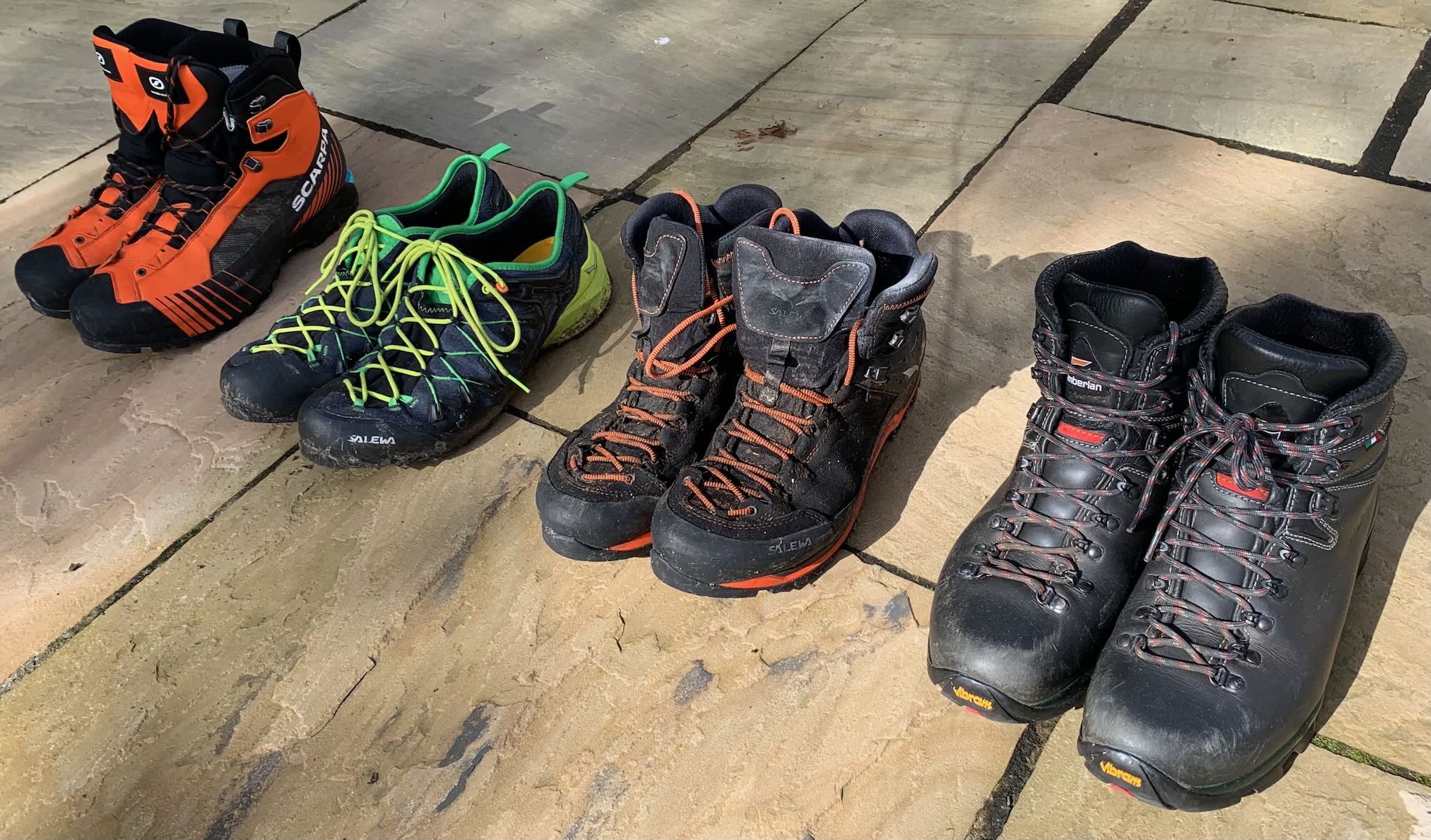 These boots are made for walking…….

I’ve been living in the Scottish Highlands for years, surrounded by hills. In the last few months I decided it was about time I start walking up some of those hills, but there was one major thing I was missing: hiking boots (alongside other crucial bits of gear but that’s a post for another time). So off I went to an outdoors shop to buy a pair – which ended up being a pair of top of the line Zamberlan 996 Vioz GTX leather boots. Little did I know that this would only be the beginning of an expensive – and often painful – quest to find the perfect boot. Take blisters, for example – we’ve all had them. They’re not caused by the terrain or the length of a hike – they’re caused by poorly fitting footwear!

Now, I know what you’re all thinking: go have your feet measured by a professional! That’s great advice but not always easy – we live near Inveraray where the nearest place to get your feet measured in 1.5 hours away in Glasgow. Not necessarily practical when you’ve got an imminent trip and need to sort your gear quickly!

In this post I wanted to share with you my experiences and learning points so far in figuring out the best boots for my foot type as told through my journey of footwear purchases. And so it began with… 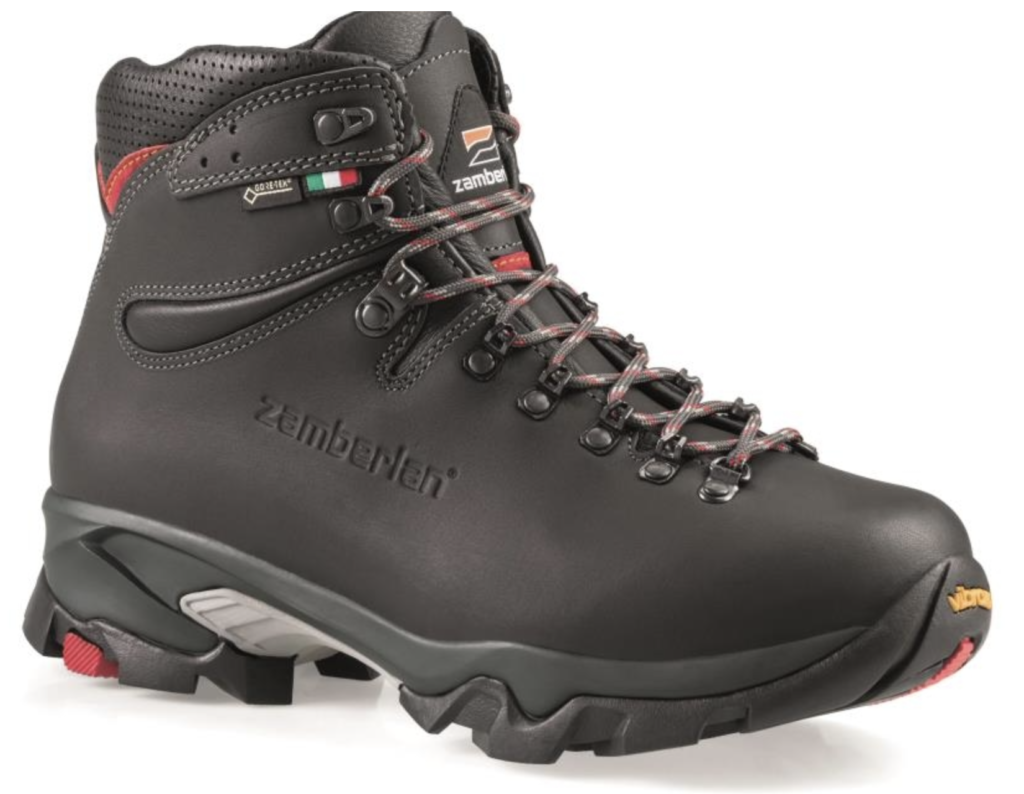 As mentioned, the first boot I went for – perhaps hastily – was this beautiful pair of Zamberlan boots. I was on a mini-break in Bath and paid a visit to BCH Outdoor (where incidentally I purchased all my previous gear 20+ years ago when I used to live in this fine city) where a very helpful Neil fixed me up with Montane pants, Paramo Jacket and – yes! – that pair of Zamberlan boots. These boots are leather, Goretex, with a rigid Vibram sole, and very comfortable on first impression. The boots had a couple of short walks in Somerset, which were successful, then in May got a proper test on a Scottish Hill, Beinn a’Chochuill and Being Eunaich, which included some paths, occasional bog, and a very steep descent (where Monica lost her phone – TWICE!). My conclusion: although they fit well and resulted in zero blisters, they were heavy and terrible in boggy conditions (not ideal as much of Scotland is a bog!) So I decided to get some lighter weight boots. 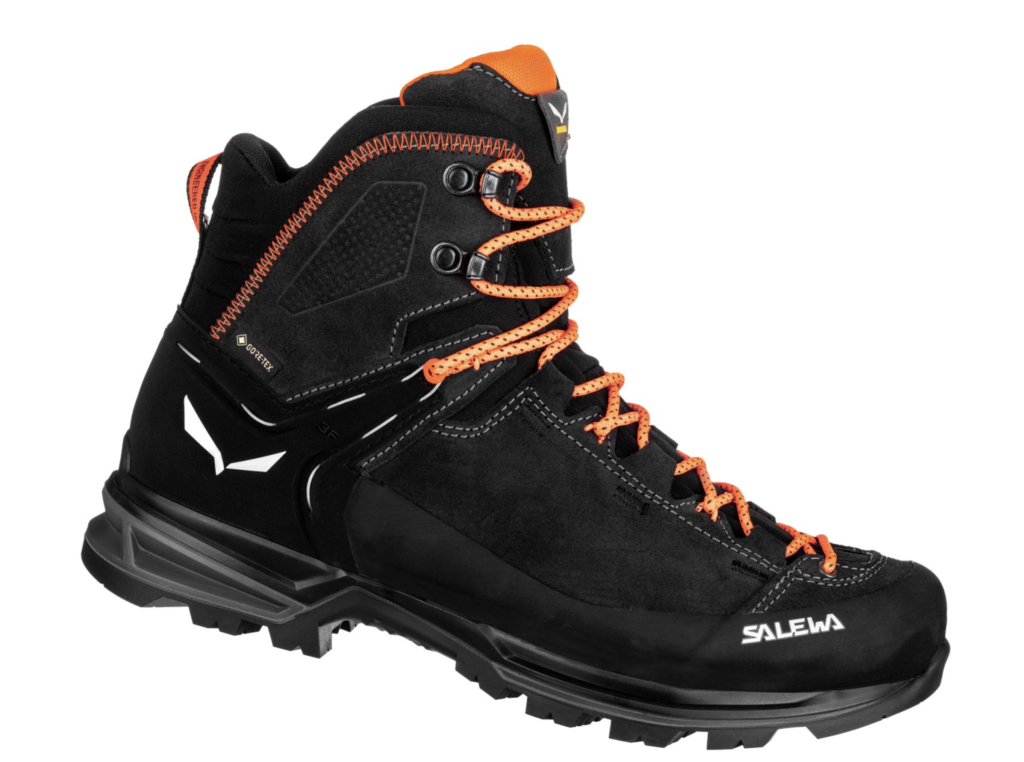 Key features of the Salewa Mountain Trainers: they’re synthetic, goretex, with a flexible Vibram sole . By now I had also invested in layered socks, Bridgedale liners and oversocks. The set up was tested on a hike up Bidean nam Bian in Glencoe, a long day out with a very steep descent for the last 2 hours of the day – my feet were in agony by the end of the day, and really this should have warned me for the next outing which was even more ambitious: an epic 86km trek through the Cairngorms, this time with 20+ kg on my back. By day 3 after hiking 60km I could feel my metatarsals compressed in the toe box. Excruciatingly painful. So I resolved to try some approach shoes as it was summer and seek out a less boggy trek. 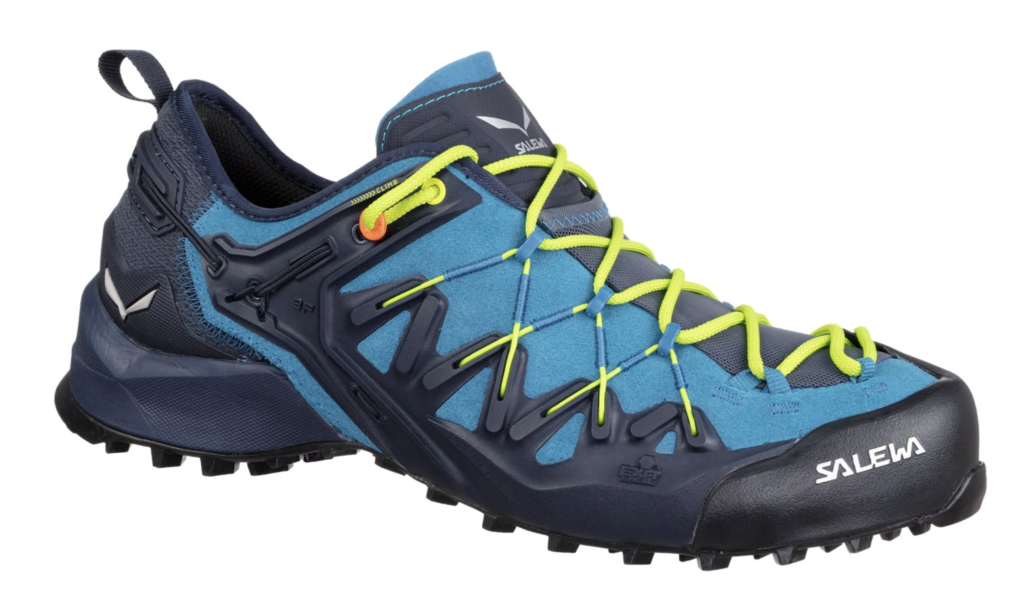 I spotted the Salewa Wildfire Edge at the Killin Outdoor Centre and Mountain Shop. I was at first taken by the shoe’s colourful appearance, and then by their amazing comfort, flexible Salewa sole, and clever lacing that prevents foot movement in the shoe. They’re not waterproof, so perfect for dry summer days. Here I went up a half size because of the toe box compression. These got a test on the ‘Cobbler’ with a 10kg day pack. Good track most of the way. Supremely comfortable, no issues at all, but would be hopeless on a boggy trail. But the size was good. So I started to think more about sizing and decided to look at Scarpa. 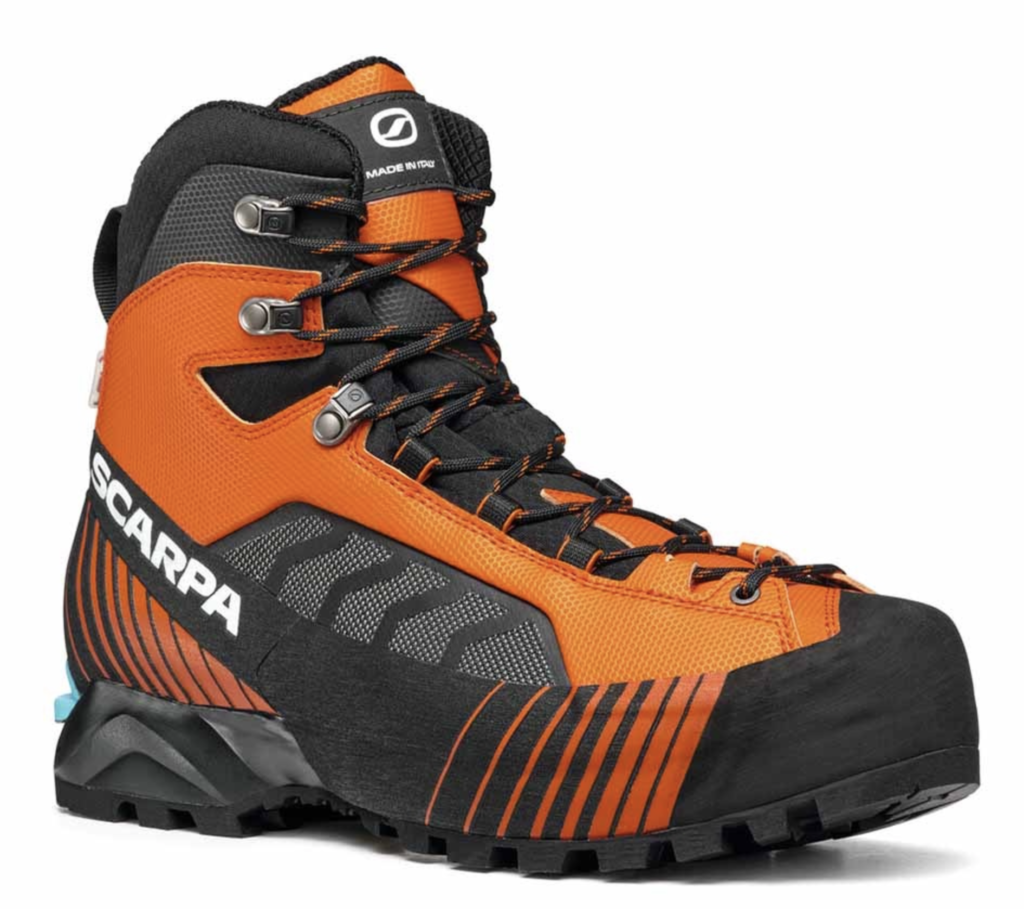 Time to get serious! I won’t bore you with the faff involved in acquiring the Scarpa Ribelle Lites (I’ll just say I don’t recommend shopping from the website Barrabes). Ultralight Outdoor Gear describes them as

“a revolution in crossover footwear that can, potentially, be used all year round…if you are someone who needs a boot that is comfortable, hard wearing, has a broader toe box and can be worn for a full range of mountain conditions, including snow and ice.”

They’re Synthetic, Goretex, with rigid Vibram Sole, and waterproof. Their first outing was a midge fest! Corrour Estate hike up Glen Uisge Labhair about 13km with 10kg day pack, some track and some bog. Incidentally these rigid Vibram soles can be very uncomfortable on forestry tracks, but great in boggy heather and on rock. Fortunately the midge fest put paid to the remaining trip. The result was a slight rubbing on the outside of my little toe, which I realised later could be mitigated by adjusting the lacing in the front of the boots (the benefit of a boot where the laces go down all the way to the toe area). Still, the verdict is still out – further adventures will determine whether they stand the test of time!

Learning moment: One Size Does Not Fit All Trail Conditions

For more on types of hiking boots check out REI’s Guide to Hiking Boots.

It’s worth pointing out that the shoe journey thus far has only happened over the course of the last two months – I dare not tally the expenditure! And still, I haven’t yet cracked the case as to which is the perfect boot for me. The next trial is to try this baby powder hack with the Scarpa’s to see if the rubbing stops. If it doesn’t, it’s back to the drawing board (and likely my wallet!) for more research and trial (and hopefully fewer and fewer errors). One of the hardest things has been gauging the width of the toe box, as I have slightly wider feet. To overcome this, I’ve read that going up a size often works, but there is a risk that your foot can slide forward on a descent with a larger boot. Then again, there are hiking boot lacing techniques which can mitigate this. No doubt I still have a lot of learning ahead of me, but I’m looking forward to finding the perfect comfort spot to enable longer hikes that are blissfully pain free. I leave you with an interesting bit of trivia…

Pizzas and Boots – who knew?

So during the course of this review I realised that all of these boots were made in Italy. I also happen to have two pairs of casual shoes by Italian manufacturer Dolomites (who also specialise in hiking boots and approach shoes). Is Italy the grand master of hiking boots? Or do I have some kind of subconscious affinity for all things Italian? I know this for sure – it would probably have been a lot cheaper if I just stuck to pizzas!